DALWHINNIE - a 10 minute drive from Laggan on the A889, one of the highest distilleries in Scotland at an elevation of 1073 feet. Dalwhinnie lies midway between Perth and Inverness with the Monadhlaith Mountains on the one side, the Forest of Atholl and the Grampians to the other. It was a popular haunt of smugglers and cattle drovers on their way to the markets of the south – in fact Dalwhinnie means meeting place in Gaelic. 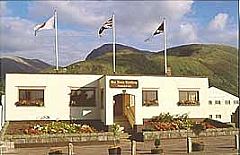 BEN NEVIS DISTILLERY -  at Fort William, the distillery was built in 1825 by 'Long John' Macdonald, who produced the famous blend Dew of Ben Nevis, which, like the distillery itself, is named after the highest mountain in Scotland. Macdonald stood six feet four inches tall (1.93 meters) and was a renowned figure in the whisky industry. His distillery was the first licensed operation in the area.
Incorporated within Ben Nevis Distillery is The Legend of the Dew of Ben Nevis Visitor Centre, built into an old warehouse dating from 1862 and former bottling hall, which still retains some of its original features. You will encounter the mythical giant Hector McDram who will reveal the Legend of the Dew of Ben Nevis in a specially commissioned audio visual presentation. 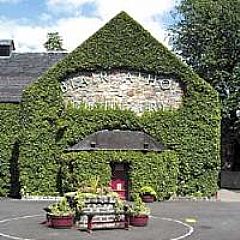 BLAIR ATHOLL - situated just off the A9 around 45 minute's drive from Laggan, in the beautiful Highland town of Pitlochry. Using the crystal clear waters of Allt Dow - the burn of the otter - discover the distinctive character of this malt whisky as you sip your complementary dram.Blair Athol is one of the oldest working distilleries in Scotland and stands at the gateway to the Scottish Highlands. A distillery at the site of Blair Athol was originally functioning from 1798 but little is known about it. The present distillery at Pitlochry in Perthshire Scotland was established in 1826.